Canada is a country located in the northern part of North America. Its ten provinces and three territories extend from the Atlantic to the Pacific and northward into the Arctic Ocean, covering 9.98 million square kilometers (3.85 million square miles), making it the world’s second-largest country by total area. Canada’s southern border with the United States is the world’s longest bi-national land border. As a whole, Canada is sparsely populated, the majority of its land area being dominated by forest and tundra. Consequently, its population is highly urbanized, with 82 percent of the 35.15 million people concentrated in large and medium-sized cities, many near the southern border. Its capital is Ottawa, and its three largest metropolitan areas are Toronto, Montreal, and Vancouver. Canada’s climate varies widely across its vast area, ranging from the arctic weather in the north to hot summers in the southern regions, with four distinct seasons.

Various indigenous peoples have inhabited what is now Canada for thousands of years prior to European colonization. Beginning in the 16th century, the British and French established colonies, the first being the colony of Canada established by France in 1535. As a consequence of various armed conflicts, British North America gained and lost territory until, by the late 18th century, it controlled most of what comprises Canada today. On July 1, 1867, the colonies of Canada, New Brunswick, and Nova Scotia were federated to form the semi-autonomous federal Dominion named Canada. This began an accretion of provinces and territories to the Dominion to the present ten provinces and three territories forming contemporary Canada. Canada achieved independence gradually beginning with responsible government in the 1830s and culminating with the patriation of the Constitution in 1982. In 1931, Canada achieved near-total independence from the United Kingdom with the Statute of Westminster, except for the power to amend its constitution.

Canada is a developed country and has the fifteenth-highest nominal per capita income globally as well as the tenth-highest ranking in the Human Development Index. It ranks among the highest in international measurements of government transparency, civil liberties, quality of life, economic freedom, and education. 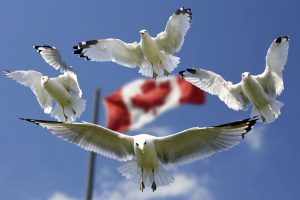 Canada is a federal parliamentary democracy and a constitutional monarchy, with Queen Elizabeth II being the head of state. The country is officially bilingual at the federal level. It is one of the world’s most ethnically diverse and multicultural nations, the product of large-scale immigration from many other countries. Its advanced economy is the tenth-largest in the world, relying chiefly upon its abundant natural resources and well-developed international trade networks. 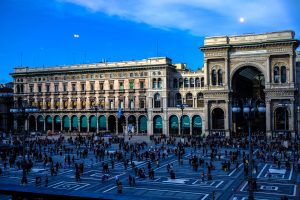 It also offers the most supporting social security benefits program for immigrants and their families. Canada’s educational and health facilities are among the best in the world and are highly subsidized. Canada has a strong reputation for its openness to immigrants. There are no anti-immigration political parties. This underscores the progressive attitudes of Canada and sets it apart from other destinations that immigrants might consider. 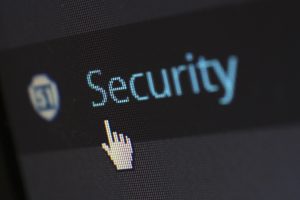 There are many reasons to migrate to Canada. Canada immigration is considered one of the best in the world as it is loaded with better opportunities for employment as well as personal growth. It is indeed a country for those in search of a better quality of life and money. Other than this Canadian immigration rules are not as rigorous when compared to other countries, hence is much easier to qualify. Even in the face of world recession, Canada has not cut down on its Immigration quota, so it is still the biggest immigration delivery support hub for all. It offers a dynamic range of immigration and visa programs for the employed, self-employed and businessmen categories and for those not qualified under the Immigration programs, the country still offers non-immigrant options such as work permit and student programs and the majority of these programs offer permanent resident visa and Immigration. Eligibility for Canadian Citizenship within three years of arrival in Canada with permanent residence status. Dual Citizenship allowed.

This has influenced the world’s view of Canada. A large proportion of the world’s population recognizes Canada as a nation that respects freedoms and individual rights, welcomes immigrants, tolerates differing races and cultures, and offers a high quality of living. Jobs in Canada are also high as the country provides numerous countless job opportunities for qualified and skilled migrants. Canada’s minimum wage as of October 1, 2015, will increase to $10.50. So it has one of the best salary benefits for workers around the world with good working conditions. Canada also offers a successful migration with full family. Immigrant parents value a high level of education for their children. Canada’s affordable education system has contributed to its appeal to immigrants. It is considered one of the best educational systems in the world and is easily accessible due to its affordable costs.

Immigrating to a new country is a difficult process and for newcomers looking to settle in Canada, they can use these two programs:

The Comprehensive Ranking System (CRS) is the points-based system we use to assess and score your profile and rank you in the Express Entry pool. The CRS gives you a score from your profile answers, including your:

The CRS also gives you points for:

The points you get from the CRS include a core set of points up to 600 and a set of additional points of up to 600. Your total score will be out of 1,200. It is based on the four parts of the CRS formula:Core: Up to 600 points
Skills and experience factors
Spouse or common-law partner factors, such as their language skills and education
Skills transferability, including education and work experience
Additional: Up to 600 points for:

Another program that you can apply through is Provincial Nominee Program. Most provinces and territories in Canada can nominate immigrants through the Provincial Nominee Program (PNP). These immigrants must have the skills, education and work experience to contribute to the economy of that province or territory, and must want to live there.Each province and territory* has its own “streams” (immigration programs that target certain groups) and criteria for their PNP. For example, in a program stream, provinces and territories may target students, business people, skilled workers or semi-skilled workers. To apply for the PNP you must: