Immigrant children are more successful than Canadian-born children, especially those who arrived in Canada before the age of 15. Statistics Canada released this report on 22nd March 2021, but the data for this report was gathered in 2018 with the help of the Longitudinal Immigration Database Canada. It is considered that immigrants are usually from lower-income families with higher earning potential as compared to Canadian peers.

According to the report, 70 percent of Immigrant  are enrolled or completed their post-secondary education as compared to overall 56 percent in Canada. 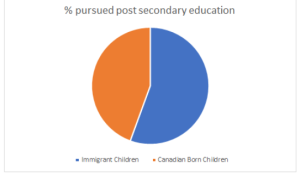 Immigrant Children and their Earning Potential

Immigrant have a better earning potential according to this report. If we compare the maiden wage which is $29.710 for the overall Canadian population while it is $30,300 for 25 years old Immigrant children. 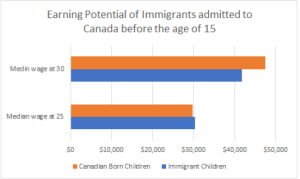 Those who are entered under the Economic Class of Canada have the highest post-secondary education rate among all.

According to the report, 75% of immigrants are children are from Canadian Economic Class families and pursuing post-secondary education. While 60% through family sponsorship programs and only 51% as refugees and the comparison in their maiden wages are described below: 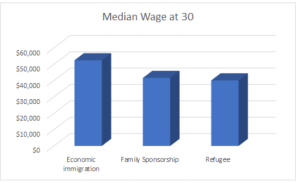 How can we help you?

We as Immigration Consultants are always here to guide our worthy clients regarding their Immigration and travel queries.