Immigration is a process by which non-nationals move into a country for purpose of settlement. Early humans migrated due to many factors such as changing climate and landscape and inadequate food supply. Between the 11th and 18th centuries, there were numerous migrations in Asia. The Vatsayan Priests from the eastern Himalaya hills migrated to Kashmir during the Shan invasion in the 13th century. The Age of Exploration and European colonialism led to an accelerated pace of migration since Early Modern times. When the pace of migration had accelerated since the 18th century already, it would increase further in the 19th century. Industrialization encouraged migration wherever it appeared. The increasingly global economy globalized the labor market. Nowadays people migrate for many reasons, mostly stable lifestyle and financial stability. People migrate to other countries for better future prospects and financial stability, they migrate to economically strong countries to ensure increase their earnings for the same work compared to the native country. Secondly, people migrate to other countries to in order to acquire a better education, countries like US, UK, AUSTRALIA etc provide opportunities to students from all around the world to get admissions in top universities in the world in accordance with their preferences. People immigrate to maintain a global presence amongst various countries. Moreover, few think that they are not decked with ample political freedom, so they immigrate to other countries in search of the same. Some change their citizenship to gain a new identity, some to get political rights and others for a living ambiance.

After World War II, Australia believed that it must increase its population to avoid the threat of another invasion and launched an immigration program whose goal was to increase Australia’s population with the slogan “populate or perish”. Hundreds of thousands of displaced Europeans immigrated to Australia. Australian economy strongly depends on immigrants especially labor immigrants as to grow its economy it needs skilled labor force and its own population is not enough to meet the growing demand for labor as the country’s economy is growing rapidly with growth in industrialization and in the tertiary sector of the economy. To attract those immigrants the Australian government has introduced various policies which make migrating to Australia more attractive compared to other leading countries.

Migrating to Australia is becoming an attractive option for more and more people. Many people from South East Asia have considered moving to Australia for various reasons with many of them have heard from friends living already in Australia that the country provides many good opportunities. As a developed country with a good reputation for being welcoming to migrants, a strong economy, many well-paid jobs, a modern lifestyle and a high standard of living it frequently are featured as one of the best countries in the world to live. 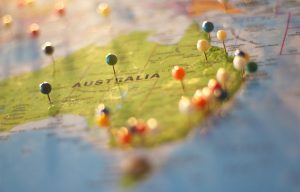 All four season can be found on the Australian east coast region, with the full experience of living through the blue skies of summer and spring as well as the coolness and crispness of winter and autumn. However, because its location in the Southern hemisphere, the seasons are inverted, where winter is experienced in July to August and Summer is From December to January. World’s Most Liveable Cities; The Economist runs a survey every year in order to rank the most liveable cities in the world. According to these surveys, multiple Australian cities made it every year on the list of the best cities to live in the world. Among them, Melbourne occupies a top position multiple years, including being the winner in 2017 – it’s 7th year in a row. 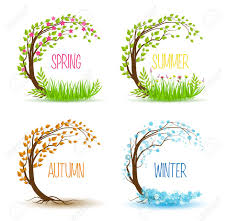 The Economist ranks each city a total score out of 100 for stability, healthcare, culture and environment, education and infrastructure. Melbourne’s overall rating was 97.5.Pathway to Citizenship; All permanent residents can eventually qualify to become an Australian citizen. 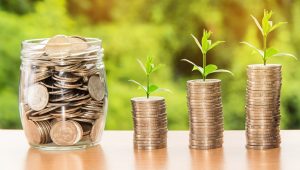 There are many reasons for migrating to Australia, such as; Free or Subsidized Health Care From Some of the World’s Best Hospitals. The Medicare system in Australia provides access to a wide range of health care services, free medical care in public hospitals and lower costs for prescription medicines. Certain categories of visitors, all Australian citizens, and all eligible Australian residents can access these services after enrolling in Medicare. Free or Subsidized Education; the Australian education system provides free or subsidized primary, secondary and tertiary education. The Australian public education system has a good reputation for its high quality of students and learning methodologies – it must be noted that academic results are not the only factor that the Australian education system teaches, with equal emphasis on how students interact, learn, do in sports etc. It is a more holistic based system compared to their counterparts in various parts of Asia. While English is the main language of instruction in the Australian education system, many schools offer programs in other languages and bilingual programs. The Weather and Climate; Australia is also an attractive migration destination because of its temperate weather on most of the East coast.

A big advantage for migrants moving to the country is the fact that Australia recognizes dual citizenship and that children born to permanent residents in Australia can apply for citizenship even if their parents don’t yet qualify.
The Australian economy is solid and as a consequence, the Australian dollar has the reputation of being one of the strongest and safest currencies in the world. For migrants coming from most South East Asian countries, it is simple and affordable to send money back to their origin countries. Minimum wage is high in Australia relative to other countries – while in Australia the minimum wage is as much as $17.70 per hour, in the United Kingdom it is just $AU14.66 per hour, in New Zealand $AU14.22 per hour, in France $AU14.98 per hour, in Germany $AU13.17 per hour, in Canada between $AU10.45 and 13.81 per hour depending on the province, and in the United States a far distant $AU10.08 per hour.
This allows anyone with a job to be able to afford rent and food regardless if they are working in a restaurant, retail outlet or if they are a professional.